The international academic seminar on strategic analysis “Regulator-regulatee relationship” has just ended. It ran from December 15 to 17, 2021 and, with around thirty remote participants, brought together a prestigious panel of high-level international experts, representatives of European regulatory authorities and FonCSI’s industrial sponsors. A great success, the seminar marked a key moment, with a wealth of outcomes that will be incorporated into future publications, and transferred to industry.

After leading a working group from 2017 to 2019, and publishing ine French the initial findings in a “Cahier de la sécurité industrielle” (Industrial Safety Notebook), the FonCSI has been conducting a strategic analysis on “The relationship between the regulator and the regulated” since late 2020.

The first step was to review the literature, and to identify the leading experts worldwide. A new, key stage of the strategic analysis has just been completed. The international academic seminar was held in digital format from December 15 to 17, and welcomed around thirty high-level participants. 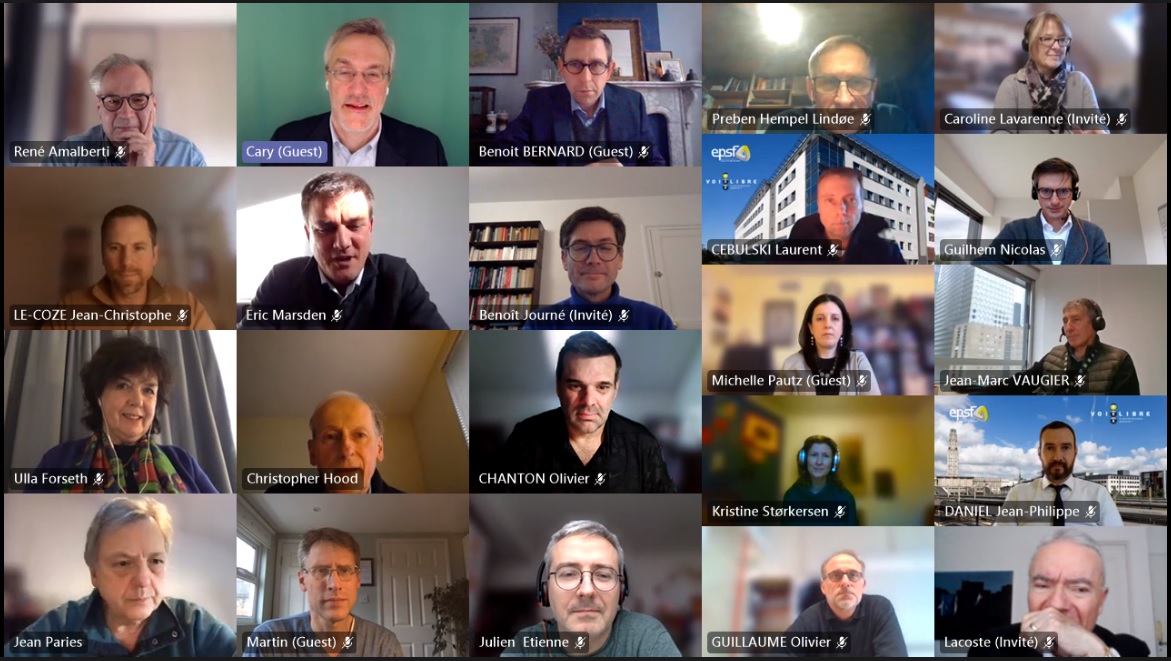 The following, 12 internationally-renowned experts were invited to speak at the academic seminar, and debate the issues:

Each contributor pre-prepared a video presentation, and their position paper was made available to all of the other participants before the seminar. The two-and-a-half-day seminar was therefore devoted to discussion and debates on the topics previously shared.

The following industrial leaders were also invited to the seminar to challenge the experts, provide feedback, and enrich the debates:

A dense and wide-ranging agenda

The two-and-a-half-day seminar was structured around sessions that addressed the regulator-regulatee relationship from different angles:

All participants, members of the Strategic Analysis Scientific Group (GSAS) and representatives of the Foundation’s sponsors (Airbus, DGAC-DSAC, EDF, EPSF, IRSN, SNCF, TotalEnergies, UIC, Vinci) attended these debates and were able to challenge both the experts and industry specialists, in order to provide food for thought.

What were the outcomes, and what happens next?

The results of the seminar will be digested by the GSAS over the next few months, with a view to transferring the outcomes to FonCSI’s industrial sponsors, notably via a dedicated seminar.

Moreover, as a not-for-profit organization, the FonCSI will disseminate the results of this work to as many people as possible, in particular through a scientific book, published in English, in its ‘SpringerBriefs in Safety Management’ open access collection, published by Springer.

Find out more about: